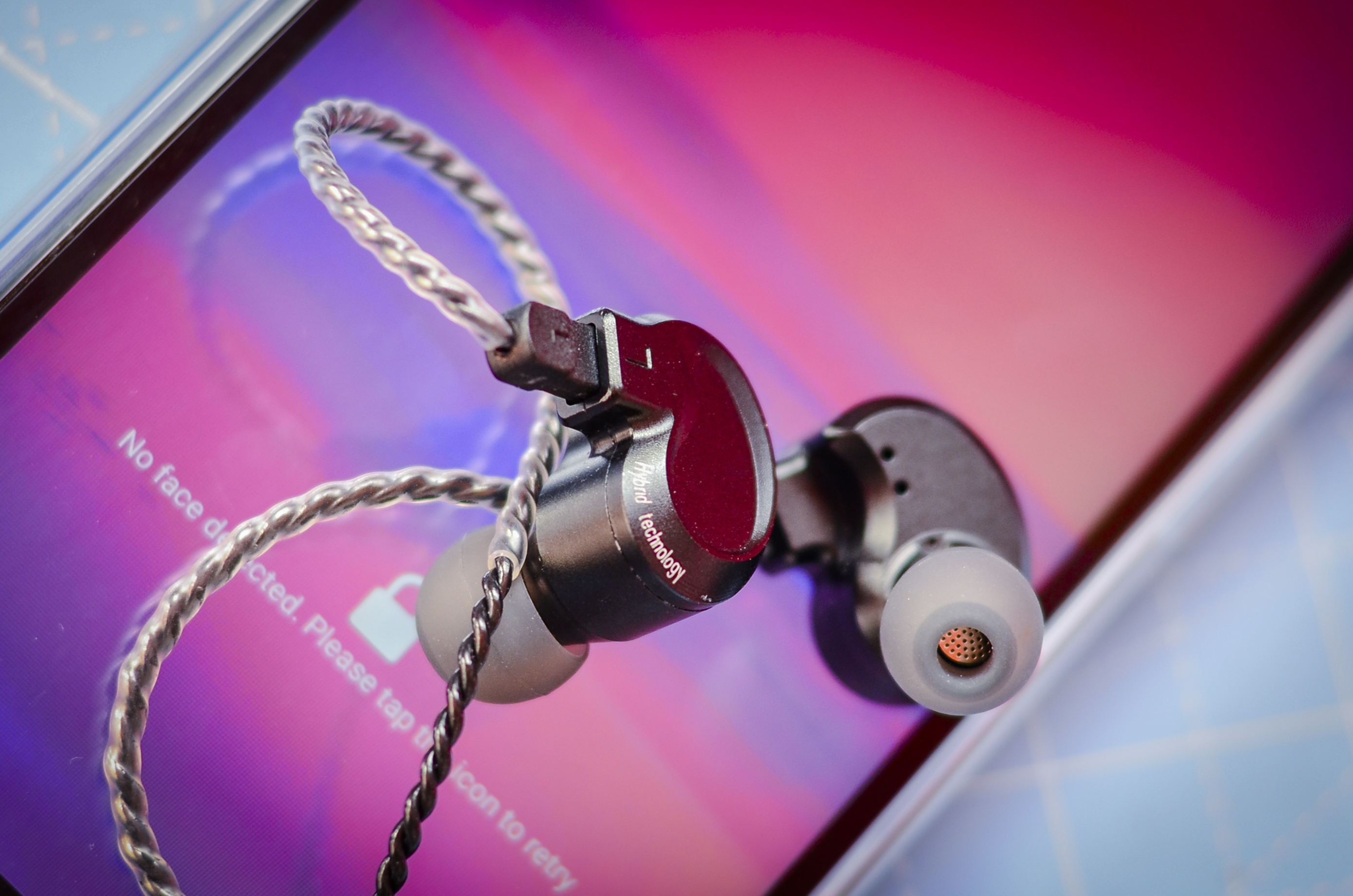 When comes to Chi-Fi, BQEYZ is now a well-known brand. BQEYZ KB100 was a massive hit. Some other good budget IEMs from BQEYZ are KB1 & KC2. Recently BQEYZ released its flagship Spring 1 IEM which is also getting a good response. I have tried BQEYZ KB100 and KB1 earlier and now it’s time for BQEYZ K1. I would like to thank Penon Audio for sending me this unit for review.

What’s inside the Box Of BQEYZ K1?

All BQEYZ budget IEM boxes are the same, so nothing new. A small 3” X 3.5 “black box and everything packed inside.  BQEYZ branding on the front of the box and specifications back of the box, so unboxing experience is simple. Again no carry case or shirt clip included with the IEM, but you can’t expect so many accessories for that asking price.

BQEYZ K1 is no exception and totally made out of metal but still lightweight. Most of the BQEYZ IEMs share the same kind of outer design, only their KC series is a bit different. The main distinction they have in their IEM is the faceplate design. In BQEYZ K1 a water drop shaped faceplate has been applied.

The entire shell has been painted with matt black color. The words ‘R’, ‘L’, model name & ‘hybrid technology’ painted with white ink in their appropriate places. The half circular design and non-sharp edges turned BQEYZ K1 into a comfortable IEM too. The only design flaw I can see is the lack of tip lip in the nozzle area.

Cable quality is decent, 4 cores nicely woven till Y splitter. It is a detachable 2 pin 0.78 mm cable with L type 3.5 mm plug, soft and no sign of microphonics. A small chin slider, Velcro cable tie and memory foam used for ease of usage.

Supplied ear tips are also decent. BQEYZ always include this same ear tips with their budget IEMs. These tips are soft hence comfortable, still, I have used Spinfit CP240 for an even better seal and comfort.

Comfort and noise isolation are too good once you choose perfect ear tips for you. Supplied tips are good enough. Surprisingly tip rolling also changing the sound of KB1 but most of the time I have used wide bore tips for this review.

The driver configuration of K1 is 2 dynamic drivers and 1 balanced armature. One Dynamic driver for low frequency, another dynamic driver for mids. The BA driver has been used for highs. BQEYZ K1 is overall a warm sounding IEM, still, the balance over the whole frequency is there. Let’s dig more into it.

Without any doubt, the strongest part of BQEYZ K1 is it’s lower frequency part. The emphasis on the Mids-bass section is clearly noticeable; the rumble in the sub-bass section is also quite strong. Bass is fast and almost accurate. In BQEYZ K1 the harmony between Sub-bass and Mid-bass is totally amazing. Good depth and textures are also present in K1’s lower frequency part.

For example with songs like ‘Family Man (Original)’ by Fleetwood Mac or, ‘I Miss You’ by Adele, the presence of lower frequency and it’s speed is unbelievably good. Each and every hit on the drum strikes the senses like they are actually placed inside my ear.

Mids have enough clarity but a bit recessed to me. Though there is no bass bleed into mids, still a touch of softness is there which sometimes feels annoying. Upper-mids slightly elevated than lower-mids and that is the reason female vocals sound sharper than male vocals.

With the Spinfit Double flange tips, K1 recover upper-mids and become more natural. Solo vocals are crisp but K1 suffers most when there are a lot of things going on the background.

Songs like ‘American Dream’ by J. S. Ondara or ‘I Put a Spell on You’ by Nina Simone sound almost neutral where songs like ‘House On Fire’ by Sia feels a bit congested. If you think about the price of BQEYZ K1 then this little con is acceptable. Please note that some other IEMs in this price range are inferior to K1.

The BA driver is doing its job nicely. With this BA driver, BQEYZ played a safe game again. The lower frequency part is moderately detailed, airy and balanced. Sibilance nowhere near. Treble is much more relaxed and not extended. This relaxed tone also helps K1 to be Ideal for treble sensitive music lovers.

Both soundstage and Imaging are above average. The soundstage is not super wide. Imaging is also good and every instrument can be clearly identified. So for such a low price, BQEYZ K1 performed really well without compromising the soundstage, Imaging and instrument separation. I could have appreciated BQEYZ K1 more if it could have defeated BQEYZ KB100 in this part but it seems K1 is not in that mood.

BQEYZ KB1 is a ‘V’ sounding IEM, but K1 is almost balanced. Both these models have priced the same but they would suit different people’s tastes. Mids where KB1 is totally recessed and perfect for electronic music, but K1 is tuned keeping in mind most of the genres. KB100 and KB1 feel almost the same but a little lift in lower-mids and soundstage makes KB100 much more balanced than K1.

I had left BQEYZ K1 to burn-in for 25 hours before the review, so K1 may open up further after 100 hours of bun-in. Treble area where K1 is better than KB100 and feels airier. I think BQEYZ K1 is a mixture of KB1 and KB100 at lower prices.

BQEYZ K1 is another good product from BQEYZ. Well priced, overall good sounding and comfortable too. When you have a tight budget and don’t want to spend much, K1 is definitely a great choice out there. If KB100 doesn’t suit your taste due to its soft treble area then K1 is a must-try. I could easily recommend BQEYZ K1 over treble bleeding KZ IEM anytime.