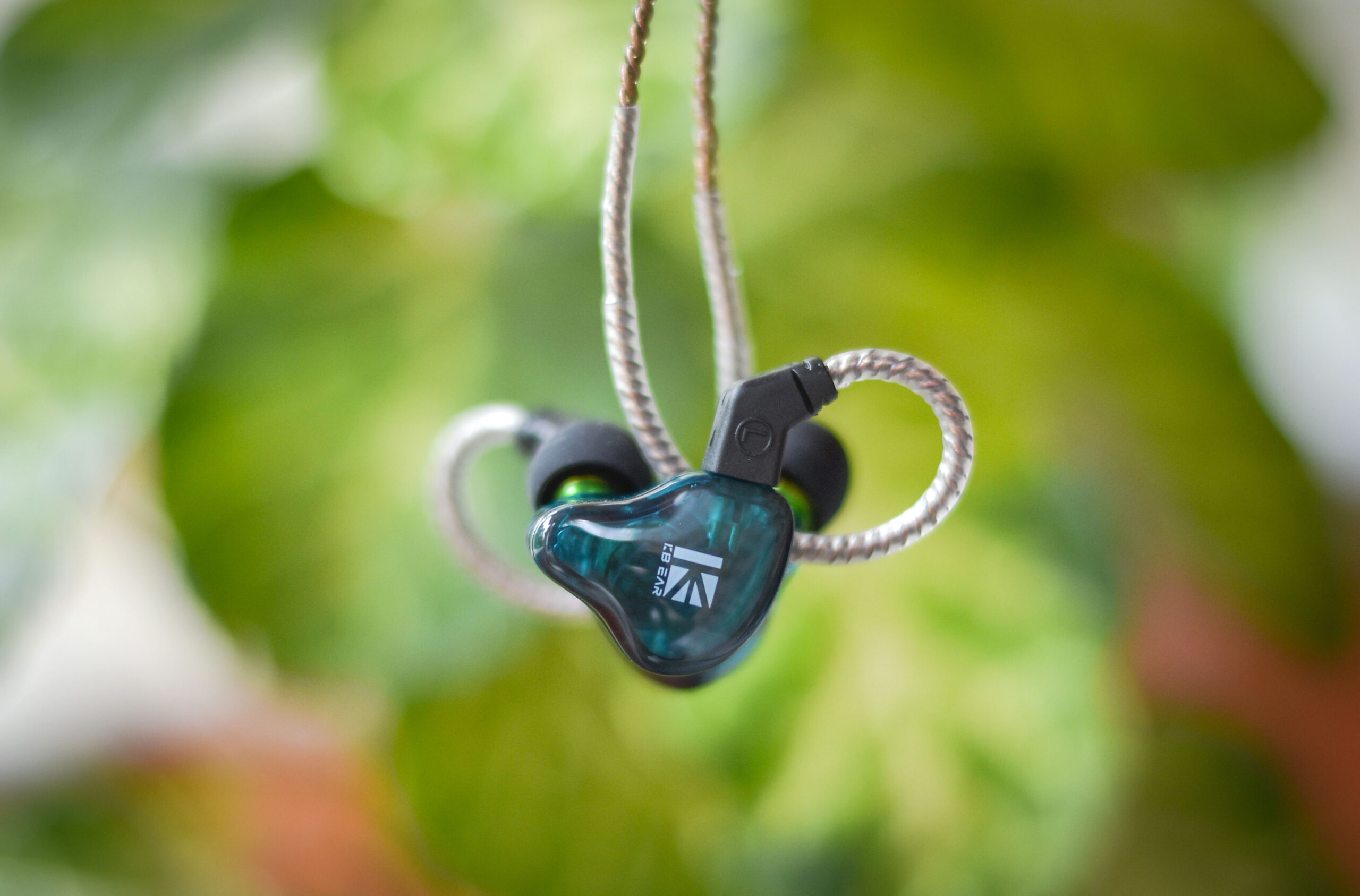 While talking with my audiophile friends, almost all of them were praising KBEAR KS2. According to them, it’s a good IEM and performing way beyond its price. By the way, KBEAR is now not a new brand in the Chi-Fi world anymore; they have a wide variety of IEM, cables, and accessories available. I also had their F1 (Single BA IEM) before, so I thought why not reaching KBEAR this time. I have to admire KBEAR’s friendly attitude as they send me a KS2 unit for review as soon as I requested, a big thanks to KBEAR. Now after receiving the unit and spending almost 1 month with it, I can say it’s a great product for the price. Let’s explain why.

What’s inside the Box?

If you ever had any IEM from KZ or TRN, the same presentation has been also present in KBEAR products. KS2’s presentation is simple and hassle-free. It comes in a small paper box, with a big actual picture of the IEM on the front side of the box and all the specifications have been printed back of the box.

Inside the box, the IEM is protected by a plastic shield and securely fixed using foam. Other than that there is an accessories box, which contains the OFC cable and 3 sets of silicone tips. Beneath the foam, the User Guide & warranty card were also there. So the overall presentation is simple and good.

KBEAR KS2 is available in two colors, Green and Black. I have chosen a green one. Now you can see the green is not over saturated one. It’s tilted towards a light teal color and the glossy transparent shell material adding a nice appeal to it. The design of the KS2 is very ergonomic; it fits very well and creates a very good seal.

Due to a very lightweight you can wear it for hours without any discomfort. The front nozzle has been made out of metal and gold paint on them adding a nice look. So overall the design is good especially the shape of the IEM.

Build quality is decent. Now from such a low priced IEM, you can’t expect metal structure. It’s made out of plastic but doesn’t look cheap at all. Though the shell is made out of plastic but at the first sight, it seems they are made out of resin. There is an air vent present on the body and thankfully no driver flex is there. The 2 pin connection points have been raised over the shell; it’s very common in TFZ earphones. The supplied cable is a very basic one; the scope of improvement is there. Both the L and R IEMs are also marked properly.

KBEAR KS2 is very easy to drive IEM, as its Impedance is only 16Ω. It can be driven to its full potential from any sources available like smartphones, affordable music players, etc. In this review, I have used my phone, EarMen Eagle, Lotoo Paw S1, and Shanling UP4 with KS2.

In terms of comfort, KS2’s lightweight shell is nice and very comfortable to wear. You can wear them for hours without any pain or discomfort and the noise isolation is very good due to its ergonomic shape and small size. I have noticed sound alteration with different tips, in this review I have used the stock tips and some third party tips. The stock tips are decent.

As there is a dynamic driver inside, burn-in is a necessary process (at least from my perspective). So before starting any serious listening I have let the KS2 burn-in for 50 hours. Now from the below frequency graphs, you can see KS2 is a ‘V’ shaped IEM but not like a common mid recessed ‘V’ shaped IEM. Another thing which I have experienced while listening, KS2 is very source dependent. That means it may sound different especially the midrange area from different sources.

10mm composite diaphragm Dynamic Driver, so there shouldn’t be any drought of bass. Yes, the lower frequency part has been boosted and nicely extended. The major boost is in the sub-bass section and extended till mid-bass in descending order. The bass is tight and punchy and not scattered at all. Punch, rumble, and a moderate speed what else you want, it’s there. Maybe not highly textured bass but regarding its price KS2 doing pretty well and the tracks like ‘Instant Crush’ by Daft Punk and the entire album is fully enjoyable.

The mid-range has been recessed still, it doesn’t sound too farfetched. The upper midrange is slightly boosted just after 2 kHz and the lower midrange is standing behind it. Now due to a sudden peak after 2 kHz, female vocals sounding a bit sharp but not too much. If you are a fan of female singers like Amy Winehouse, that peak may bother you but Adele is not sounding so aggressive. Male vocals sounding clear but not mellow. So to me, KS2 is performing almost like a ‘V’ shaped sounding IEM but a still better choice among them.

The higher frequency part of the KS2 has been extended nicely. As a listener, I am neither treble sensitive nor resistant to super-sharp metallic treble. Maintaining the balance between sparkle and sibilance is hard to achieve for such an entry-level IEM but KS2 tried its best here. The sparkle is here but due to the peaks in 8 kHz and 10 kHz, the mild harshness is also there too. I am calling it mild because with some tracks this sharpness is useful too.  Now there comes the SPC cable and wide bore tip. In a combination of an SPC cable and wide bore tip, you can tame the harshness.

Build and design-wise these two IEMs are following two separate principles. Around the ear vs In-Ear Straight, Plastic vs. Aluminum, and detachable cable vs. fixed. Kinera TYR is like old traditional earphones where KS2’s design is like a custom in-ear monitors. Now build and design-wise it’s a buyer’s choice but for me, KS2 is more convenient due to its detachable cable. Price-wise KS2 is also cheaper than TYR. Sound-wise the choice is clear. If you like sub-bass then KS2 if mid-bass then TYR. The midrange is almost similar but TYR has more warmth in mids. The treble area is also very similar if you add an SPC cable with KS2. Soundstage and imaging are also very identical.

After trying KBEAR KS2, I can say my audiophile friends were not wrong. KS2 doing very well for its price. Is it fantastic? Sort of, but better than all those KZ craps. Some new music enthusiasts start their journey without experience and limited budgets and get trapped by those colorful craps and they gradually develop a sense of negligence towards high fidelity audio. IEMs like KBEAR KS2 could be a savior for them. With KS2 they can get a hint of what else waiting for them with a higher budget.  KS2 is KBEAR’s low-cost solution for good sound, though I have not tried their other IEMs but now my expectations are high from KBEAR.