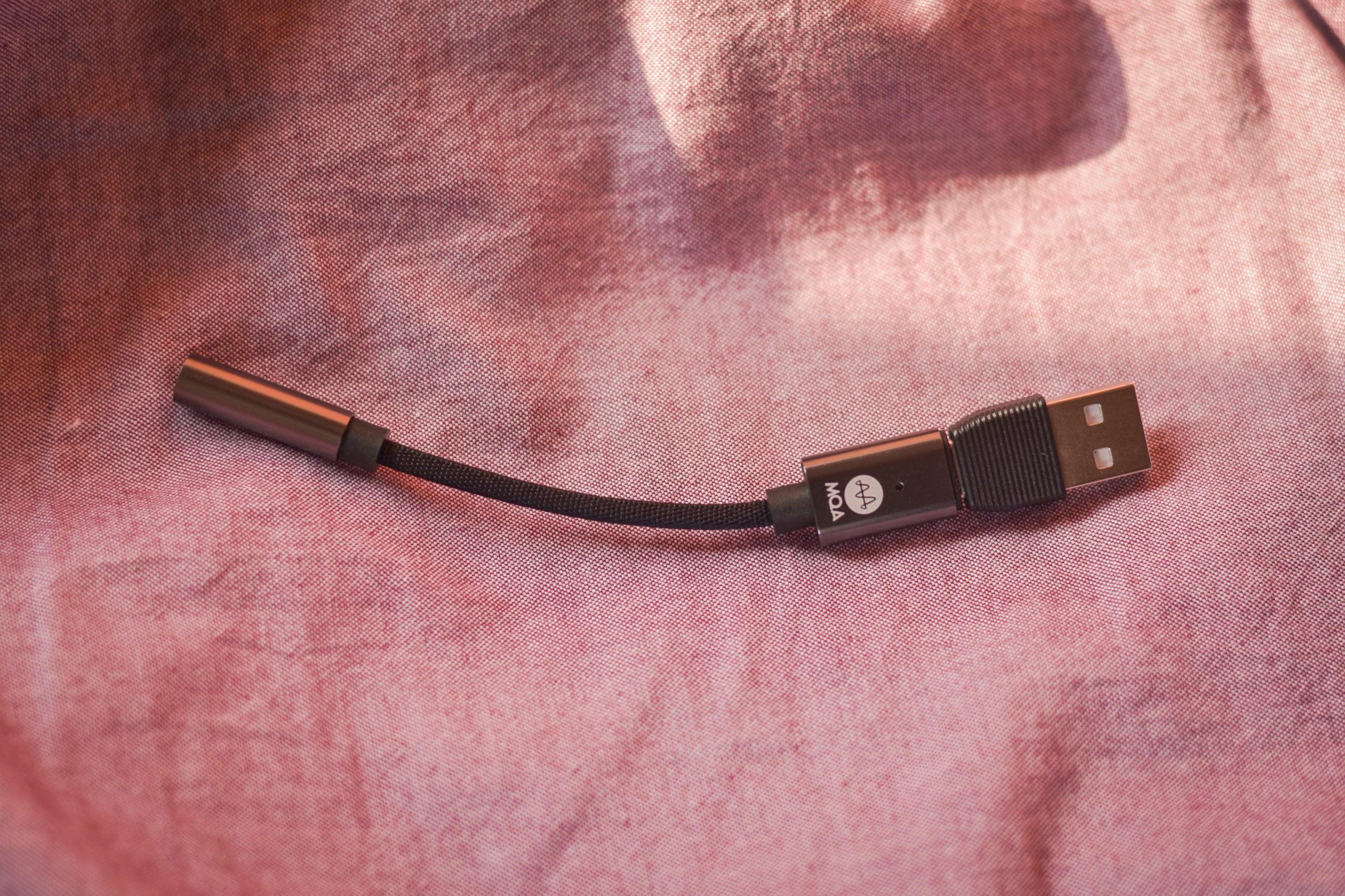 Back in October 2019, Zorloo the maker of Zorloo ZuperDAC from Hongkong introduced a new type C device called Zorloo Ztella. We also featured the launch of Ztella in our news that time and soon after the successful Kickstarter launch and final delivery we have received our demo unit too. I would like to thank Zorloo for sending the unit to review.

Type C DAC dongles are not a new thing now. Almost every audio brand is coming with a new type-C dongles DAC. The fascinating feature Ztella has is that it is the first type C dongle DAC to support MQA playback. MQA is a controversial thing among the audiophiles and has mixed feelings. I personally really like the MQA feature and have chosen the MQA version Ztella for review. So in this review, all the mentioned specifications and impressions are on the MQA version of Zorloo Ztella. There is another standard  (Non-MQA) version available which is not included in this review.

Zorloo Ztella doesn’t need any driver to work across the devices. Zorloo Ztella is a Plug & Play device. Yes, that means also Ztella doesn’t have ASIO support. Now for specific android apps like USB Audio Player Pro, there are some setting changes you have to made to utilize the Ztella fully. The same thing applies to Foobar and desktop apps like Audirvana Plus, Tidal, and Foobar2000. Thankfully Zorloo has clearly created the guide PDF files for the users which you can find HERE.

Zorloo Ztella also supports user flashable firmware. After launching Ztella, Zorloo provided first firmware update Version b7361 which can be found HERE. And all the flashing instructions are provided too in the zip file with clear pictures. The process is so simple that any amateur can do that but you have to do it on Windows computer only. Please note that this review is done after this firmware update.

Ztella supports PCM up to 32 bit/384kHz and DSD 2.8M / DSD 5.6M. The multicolored LED on the type C plus shows the status of the file format playing. Though DSD 5.6 playback is not stable.

The presentation is simple; frankly speaking very simple. Zorloo Ztella comes inside a plastic pouch bag with the USB A to Type C converter. The thank you card and quick start guide comes in a separate envelope. Now the amount you pay for Ztella, you should expect a better box or presentation. BTW this is the Kickstarter version so the retail version could come with a proper box and presentation, though the presentation is not so important when the device lands without any damage during shipping.

As per Zorloo, they have skipped the Gift box to avoid customs hassle and now for retail units sold via Zorloo does have proper presentation.

Design and build quality are good. Space grey and the black color combination have been applied to the plugs overall. The connecting cable between type C plug and 3.5 mm connector is protected by good shielding and fabric braided too. I have tested many such type C DAC dongles and in almost all of them either the type C part or 3.5 mm part is bulky as the main circuit is under them but in Ztella no such fat part and form the first look it seems a regular adapter. On the type C connector the MQA logo, multi-color led, and Zorloo logo are also present.

The output power of Zorloo Ztella is very high. With the smart detection feature when you plug low impedance headphones it reduces its output power and with high impedance headphones, Ztella reaches its max 2V output. Now Ztella drove all my previously mentioned audio equipment like butter and never exceeded more than 70% of the volume of my smartphone. So unless your headphones are too power-hungry, ztella is enough. It is possibly capable of running 300 ohms headphones without any problem.

With all my IEMs and headphones I have never faced any background noise with Stella. Zorloo Ztella after using more than 1 hour became slightly hot on Type C area but not that hot to give you a shock.

The input power of Zorloo Ztella is moderate and depends on your playback. In the specification sheet, Zorloo never mentioned the input power draw but from my testing, I can say if your source device is equipped with a 3500mha battery then with max output, Ztella can decrease 1% of battery after 20 minutes of continuous playback.

Both the Mic and inline controls work fine. Zorloo Ztella detects and shows the logo in your Smartphone that it is a headset with mic always even when it is not an IEM with mic. Call quality totally depends on the mic of your IEM. If your IEM supports 3 buttons inline control, then you can receive and disconnect the incoming calls by pressing the middle button. The middle button on the IEM cables also supports Play/Pause function when playing music. Vol+ and Vol- also work with 3 buttons inline controls.

Standby is a unique feature in this type C DAC dongles and Ztella also have it. After connecting Ztella to the source it only activates when you plug headphone/IEM into the 3.5 mm out.  This feature really helps to save the source device’s battery life when nothing is playing or you disconnect your headphone.

To evaluate Zorloo Ztella with my favorite IEMs and Headphones, I have tried a few of my keen tracks like

Bass in Zorloo Ztella is fast and punchy. Mid-bass is more focused than sub-bass. A good amount of texture can be heard in the mid-bass section. The sub-bass section is not powerful so the rumble is low. Bass is fast, accurate and the decay is good. In MQA tracks sub-bass section is more prominent but still far away from, that a bass lover expects. When quality is good, quantity does not matter. The same thing here, the mid-bass superb quality overlapped the sub-bass weakness. For example with Ztella, tracks like ‘Instant Crush’ by Daft Punk or ‘Family Man (Extended Vocal Remix) by Fleetwood MAC; sounding as enjoyable as I have tried before with other warm sources.

The Midrange has been presented in a natural way. The same texture and timbre are present in the midrange too. Lower mids are a bit relaxed where upper mids are more focused. The transition from the upper mids to lower mids is not that drastic, so overall a pleasing mid-range has been created by Ztella. Both male and female vocals are crisp and clear. I am amazed by the presence of texture in the male vocals with ztella, for example, the track ‘Running On Faith’ by Eric Clapton sounding more appealing. But I am missing some warmth in the Mids, which could have sprinkled an emotional touch to a serious Mids lover.

ESS Sabre DACs are notorious for their treble glare. But strangely ESS Sabre 9281CPRO inside Zorloo Ztella is completely a different thing. Maybe Zorloo tamed that glare with some filters but whatever they did, I think it can change the perspective of a user for ESS Sabre DACs. The higher frequency part in Ztella is not too extended. Same thing again, with MQA tracks the higher frequency response is much better than non-MQA. The higher frequency part is open and airy but no harshness is present. Overall a polished treble area has been presented via Ztella. If your IEM is capable then you can enjoy the sparkles which I never heard from this type of DAC dongles. For long listening sessions, Ztella is actually a very useful device.

As soon as you start listening to your favorite tracks with Ztealla, the first thing you can notice that Ztella is capable of producing wide soundstage and excellent imaging. The soundstage is super wide and creates a holographic stage around you. Where both width and height are present but depth is less so it feels more realistic.

Imaging is just astonishing, with well-mastered tracks, I can close my eyes and point out where the individual instrument sound coming from.  For example, tracks like ‘Three O’Clock Blues’ by B.B. King where I can see Clapton’s voice is coming from my left side, King playing his guitar on my right side and the drums are placed just in front of me. (Listening to it exactly 3 O’clock A.M). Instrument separation is superb with lots of details and textures.

iBasso DC01/DC02 is possible the most popular type C DAC dongle out in the market due to their hardware choice and aggressive price where  Zorloo Ztella costs more and equipped with a not so popular DAC chip. The main attractive feature of Ztella is that it supports MQA playback. After trying both of them, sound-wise I prefer Ztella here are the points why.

The only advantage iBasso DC02 has it’s low price and 2.5mm balanced DC01 version is available for balanced earphone users. Good news is another Ztella is coming with 2.5 output soon.

There is no shortage of type C DAC dongles in 2020; still, 1048 backers pledged without even trying it. The good news is Zorloo shipped all the units even before his commitment. Now I feel good for those who bought it for a discounted price from Kickstarter as Ztella is really a very very good device. Overall a balanced sound with a wide sound-stage and mind-blowing imaging, Ztella is a real star.